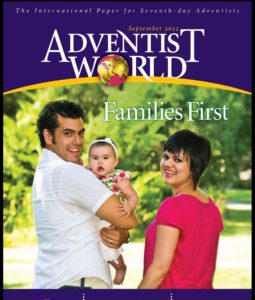 The Valley of Prayer

Wow! I’m referring to Marvene Thorpe-Baptiste’s devotional “The Valey . . . of Prayer” (June 2012), and the unique way she incorporated the Lord’s Prayer into her story. Everyone can relate to this story in one form or another, because the Lord’s Prayer is active in everyone’s life whether one is aware of it or not. God is merciful to all, whether we acknowledge it or not. As a Christian parent myself I offer my kudos to her parents for their diligent acts of prayer. When evil gets tough prayers get thougher.
Nicole Benoit-Roy
Brooklyn, New York,
United States 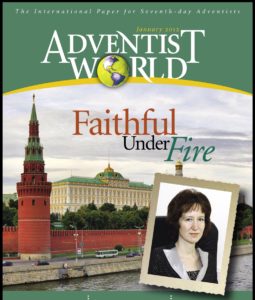 “We (adults) tend to complicate things more than they really are, whereas children see things as they are, and that’s that.”
Nicole Benoit-Roy, Brooklyn, New York, United States

The Kingdom Belongs to These

I enjoyed reading the devotional “The Kingdom Belongs to These,” by Addison Hudgins (September 2011). I never realized I didn’t understand the biblical account of this story until I read it in this magazine. I was especially enlightened when Hudgins defined such as these as “those who explore, seek, and listen boldly, intently, and open-mindedly.” The words from Madeleine L’Engle on childlike intuition will probably stay with me forever. According to Hudgins, she said that “when she had something to say in a book that was too difficult for adults, she wrote it for children.” We (adults) tend to complicate things more than they really are, whereas children see things as they are, and that’s that.
Nicole Benoit-Roy
Brooklyn, New York,
United States 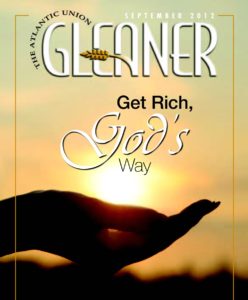 The Horeb French- speaking church in Brooklyn, New York, embarked on a journey of intense Bible study, begin- ning on March 31, in which church members and visitors from the community joined nightly to explore a different book of the Bible, featuring one orator per week. The objectives of the “66 Books in 66 Days” program were to promote an educated and intentional return to the study of the Bible, remind- ing members of Bible truths and the foundation for their beliefs; and to open the eyes of the faithful Christians and non-Christians on the contents of this holy Book. As a result of the meetings, seven people decided to sur- render their lives to Jesus through baptism.
Each speaker had one hour at his disposal. Thirty minutes were allocated to the presentation of the book, keeping in mind the author, message, time period, recipient, setting, place, and more. During the remainder of the time, a sermon drawn from the studied book was presented, whose purpose was to urge the audience to decide for Heaven and life. A summary of the message was handed out at the end of each service.
The program was streamed live on the Internet. Under the leadership of Othnel Pierre, the church’s pastor, the program was orchestrated so that no church members were left out because of language barriers. The church is comprised of French/Creole and English-speaking members.
One of the youth from the church, Vick Emile, an elder, was among the presenters. According to Pastor Pierre, “It is an honor to the church to have one of its own as a preacher in a program with such high ranks.” Emile and Abraham Jules, pastor of the Mount Vernon church, both preached in English, accom- panied by interpreters.
Everyone participated in promoting the program—some online and  some by word of mouth. Every Sabbath, a dramatic presentation of Bible events conducted by Jodel T. Regis, the first elder, and his wife, Magalie, depicted Bible characters from the seven Bible books that were studied that week.
The 66 days officially ended on June 4, but Pierre thought it was appropriate to prolong the program until June 9 for a grand Sabbath finale. During the final week of the program, Jean Rénald Maurice, Bible worker at Salem church, called attention to some of the apocalyptic events and included visual aids in his presentation. Among them were clips from the January 2010 Haiti earthquake, reminding the audience of their vulnerability and that their security is rooted only in Christ Jesus.
At the culmination of the program, Maurice delivered a message of hope titled, “The Fourth Man of the Furnace.” Taking the con- gregation back to the time of Nebuchadnezzar and the three Hebrew youth, Maurice highlighted the never-ending power of Yahweh to save His children in times of need. It is the church’s desire that one day, individuals who followed this program will capture the solemnity of the time and join this church and endeavor to show the world the way of salvation (p. 12).
—Nicole Benoit-Roy, member, Horeb church